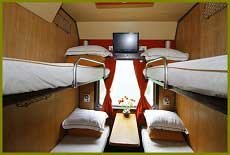 For a majority of train passengers in Vietnam, the reason that they choose to travel by Vietnam Railways rather than other kinds of transportation is because this type of travelling is truly budgeted and affordable to them. The fact is that fare for train ticket can be regarded as identical to normal inter provincial buses, and if compared to price for flights, train tickets are far cheaper with only about a half or 1/3 based on routes. Flying takes 4 or 5 hours out of your sightseeing day in getting to a remote airport, checking in, taking the flight itself, collecting your bags and getting back into the city centre. And the sleeper train saves a hotel bill, too.

Safety is also another reason to choose railway to travel. Railway system in Vietnam has been reconstructed and developed significantly in recent year to adapt new innovation in railway industry in the world, so that safety conditions of these trains are much better than before. Moreover as mentioned above, train is not a speedy transport, in addition to the truth that there is only one train on one railway, therefore accident rate for train is miniscule.

Train Hanoi – Lao Cai: Train from Hanoi to Lao Cai running line is mainly used by travelers who want to move between Hanoi and Sapa – one of the most favorite spots in the North.

Hanoi Sapa Trains arrive and depart in Lao Cai station, from there you need to transfer to Sapa, the distance is 40km far away. It takes around 1 hour ride. You can take shuttle bus which departs every 20-30 minutes from Lao Cai station (cost around 3$/way) or hire private vehicle to be dropped off at your hotel (25$/way/4 seater car).

There are dozens of Sapa tourist trains daily between Hanoi – Lao Cai. Most of them offer from Deluxe to Luxury wooden cabins with nice decoration and mordern amenities. The carriage and toilet are clean and cabins equipt locker which bring you a safe feeling.

Other options with budget travellers but still safe is to take the Reunification train between Hanoi – Lao Cai. Due to its old style and less amenities, it’s cheaper than Deluxe Tourist trains which mentioned above:

For any other questions regarding to Sapa Trains, please email us: booking@vietnam-transports.com 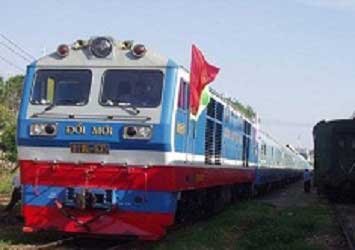 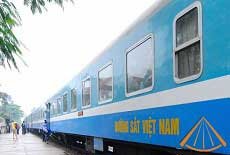